“Amen! Ashe! Word!” The one-night-only Ministers of Sound installation on Sunday, Feb. 24, transformed Space 2 into an artistic sanctuary worthy of the DJs honored in the installation — as well as the curator’s late father.

About five years after initially conceiving the project, Kemi Bennings of Evolve! Artists Live, along with a buzzing crowd of about 200, saw — and felt — it come to life.

The warehouse-style room had undergone a cultural sanctification that started in the wee hours, complete with stained glass framed and hung from the ceiling, centuries-old pews, and the iconic red carpet runner that led from the door to the “pulpit.”

It was there that a number of the DJs honored in the photos took to the turntables. 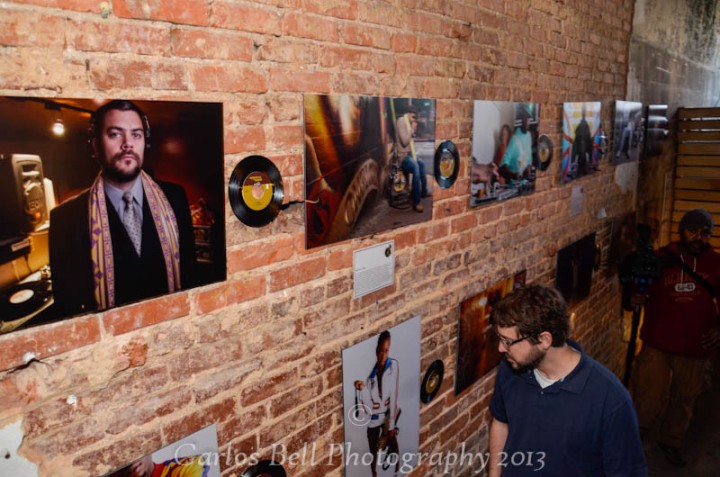 Each played two songs, which Bennings had directed should “inspire and empower the crowd.”

I found myself most grateful for Cha-Cha’s hip-hop leanings, Applejac’s golden and timeless beats that you know but yet don’t, and Ahmad’s Stevie Wonder selections.

Although the music added to the rapturous atmosphere, the photography served as the basis for the installation.

The photos were taken by Annette Brown. They captured each DJ in an environment — and sometimes in spiritual garb — that reflected his or her own spiritual aesthetic. The photo titles, printed on a label pasted onto a 45-inch record, also reflected those beliefs.

In some cases, captions that Bennings wrote about various spiritual tenants were matched up with a DJ.

“Everything about the placement is intentional,” Bennings said. Accompanying DJ Jasz’s photo, for example, was a caption about “Ashe,” a confirmation rooted in ancient African religion that is most closely related to Christianity’s “Amen.” It’s meaning goes a bit further, the caption stated, with a more literal interpretation of “It definitely shall be so.”

Bennings said that Jasz’s hand position — both palms facing, fingers touching as a child might when praying, but facing outward instead of up — was reminiscent of prayer.

The caption for Alce’s photo focused on “Karma.” It made sense to place it with him, Bennings said, because Alce believes in the rule that what comes around goes around. 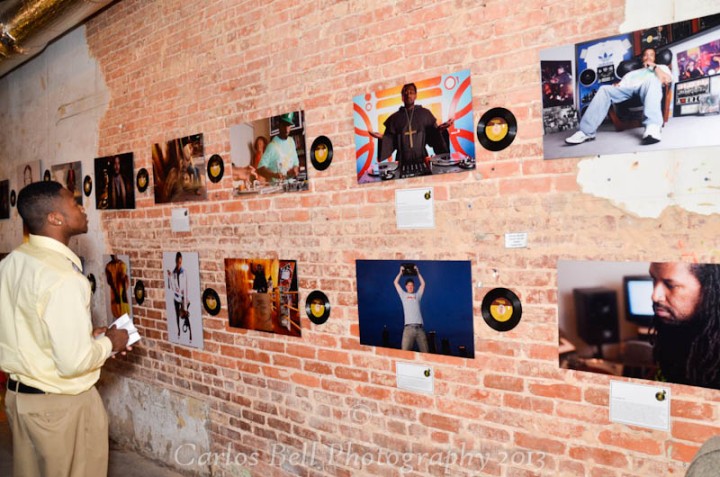 Relevance made Ministers of Sound special — and the details that invoked the evening’s theme. Like being greeted by “ushers” who passed attendees a program. Or the velvety red cloth atop the pulpit handcrafted by DJ Sky’s mother, emblazoned with the Ministers of Sound logo.

What could have been a half-baked recognition of Atlanta’s most well-known DJs instantly became much more meaningful.

You know it’s real when the archbishop of hip-hop DJ Red Alert says so. “I’ve had the pleasure of working with many of these DJs, playing with them. And I respect each and every one of them,” he said. “We all know the quantity of music that’s in Atlanta. But as far as the quality, it’s all in this room.”

Each DJ received a lapel pin and other memorabilia in honor of their service to the congregations of Atlanta and beyond.

It’s one thing to be uplifted by these individual ministers on a dancefloor — let alone two, as was the case at The Sound Table with Alce and Ahmad the previous night.

It’s quite another to feel the energy and hear the music of virtually all the “elders” in one room. Talk about feeling the spirit!

So, where do we go from here? That was the question posed by Bennings’ late father, the Rev. Hardy S. Bennings Jr. After all, he was there — both figuratively and literally.

A podium with his last, undelivered sermon stood unassuming but strong in the midst of the installation. My answer is — as sure as his location — nowhere but up.