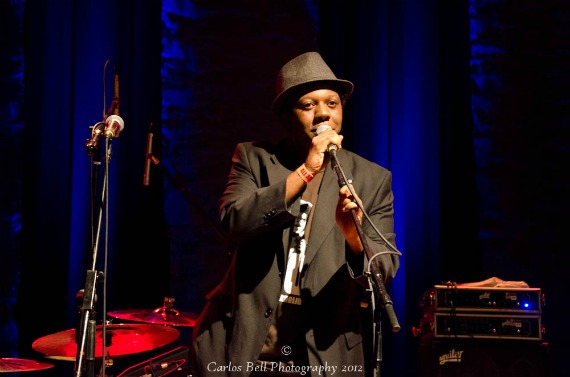 WCLK-FM (91.9) adjusted the formatting of just about all of its shows starting Monday, Aug. 26, in an effort to save the station, according to assistant general manager Tammy Nobles. The most painful of these adjustments is to Jamal Ahmad’s “S.O.U.L. of Jazz” show. It seems the soul has been sucked out of the 2-6 p.m. weekday time slot and replaced with smooth jazz.

Ahmad has consistently offered quality soul music to WCLK listeners and beyond. He’s known for playing rare grooves — you probably know the hip-hop track featuring a sample from one of these gems — and breaking new music from local and international artists.

His show provided a welcome reprieve from the nationally syndicated talk fests occasionally interrupted by your uncle’s favorite song from back in the day, or your little niece’s latest R&B infatuation.

Ahmad was voted Best Drive Time DJ by Creative Loafing for a couple of years, and his show on WCLK was one of the legs upon which the table of Atlanta’s music scene has been built — the others being our venues, retail outlets such as Moods Music, and the people (both artists and patrons).

Nobles acknowledged Ahmad’s strong following, but insisted that the Arbitron ratings for his show — and the overall decrease in station listenership — justified a change. She said that focus groups were conducted, including a 900-song survey with many tunes and artists listeners said they weren’t familiar with.

In short, the station needs more money. Over the past year, the station went from having two fund drives to three, but still fell short of its fundraising goals. This is amid less support from the Clark Atlanta University, the station’s primary source of funding and where it is housed. In 2012, the station pulled in $250,000 less from CAU than it did in 2011, according to its 2012 financial statement.

END_OF_DOCUMENT_TOKEN_TO_BE_REPLACED

Churchill Grounds’ Whisper Room is no misnomer. For 10 years, the small-capacity setting hosted some of jazz music’s biggest names — and the staff would indeed shush you for speaking too loudly as the music played. But as of July 31, the Whisper Room is no more.

While Brooke “Viosocalist” Alford was to be among the accomplished musicians such as Freddie Cole and Russell Gunn that have played at the Whisper Room, the violinist’s show will now take place at Karma Bistro (formerly Echelon 3000) on Thursday, Aug. 15, 8 p.m.

And jazz will play on at Churchill Grounds — which is a couple doors down from the Fox Theatre — but on the cafe side, just as it did with the venue first opened.

Alford’s release party and performance are in honor of her second album, The Viosocalist. Expect violin versions of soul and R&B classics such as Mary J. Blige’s “Love No Limit,” Beyonce’s “Deja Vu,” and Jill Scott’s “Golden.”

Alford has performed with plenty of adult contemporary and smooth jazz artists including Najee, Will Downing and Frank McComb, and has shared the stage with James Ingram, Kenneth “Babyface” Edmonds and Alex Bugnon.

Here’s a video to give you a taste of what Alford, her band, Refresh, and their surprise guests will have in store next week. Get your tickets in advance if you can.